Diamond Girl is a single player, puzzle/action game. Originally designed for BeOS by Jarko Nikkanen, now it’s available for free on Haiku. In this game we must collect the required amount of diamonds. However, there are some dangers in the field and we must be careful (and quick!). 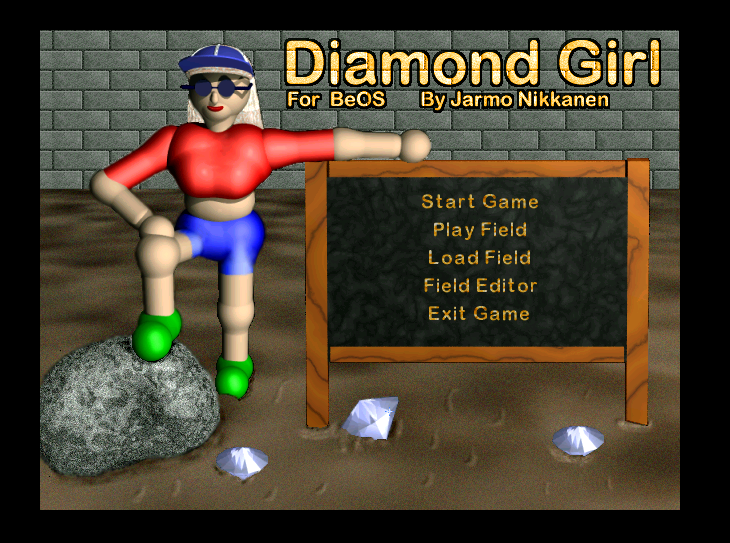 Move the girl using the arrow keys. You can go wherever you want, unless there’s a rock. Pay attention to your route, because the places where you have been before are marked as digged, so rocks can now move through those tunnels. Be quick and rocks in dangerous places won’t hit you. 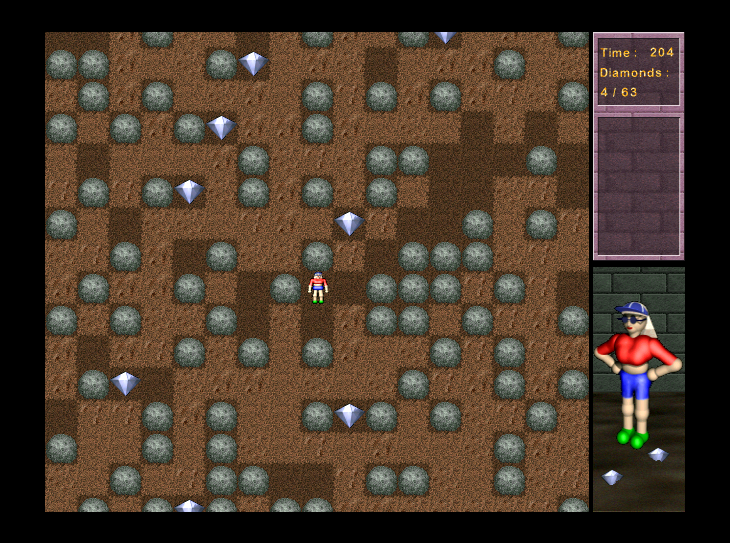 When a rock hits you, you die. The game has different levels of difficulty, with support for user made levels. These levels can be created with the in-game editor. 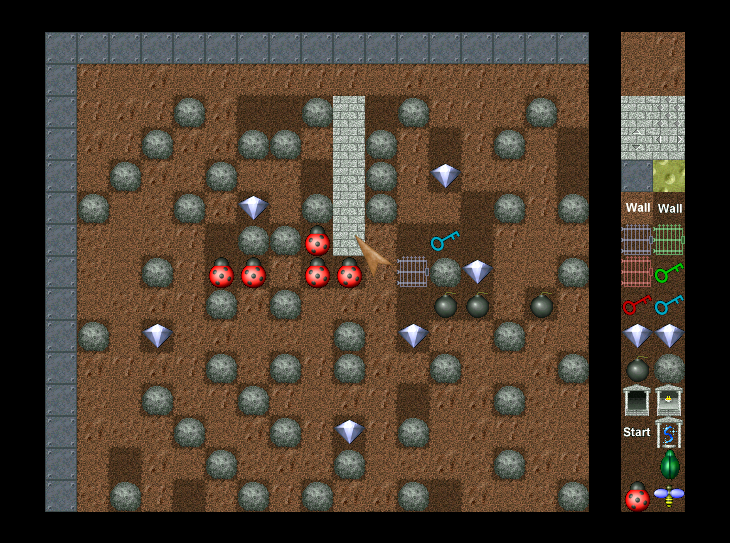 Diamond Girl is available on the BeSly Software repo. Install it first.