The Abbey of Crime Extensum is a remake of a classic Spanish videogame, La Abadía del Crimen. It was developed by OperaSoft in 1987, inspired by Il nome della rosa (The name of the rose) written by Umberto Eco. It’s a well-known example of the Golden Era of Spanish Software. Although its difficulty, it quickly became a cult videogame. The game features 3D isometric graphics in 8 bits machines. 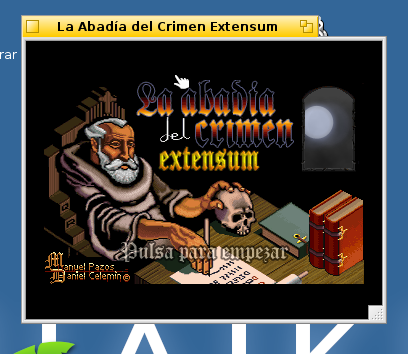 We are Guillermo de Occam (William of Occam, William of Baskerville in the book), a Franciscan friar and Adso Melk, a novice who will follow Guillermo. A series of crimes had taken place in an Italian abbey and we must find the murderer. 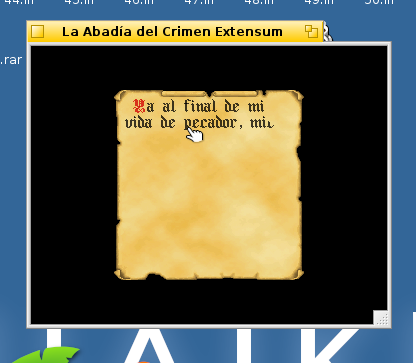 The game is complex and difficult. For seven days we are like any other monk (liturgy, scriptorium,…), and in our free time, solve the case. If we don’t obey the abbot we lose score from the Obsequium (loyalty in Latin). 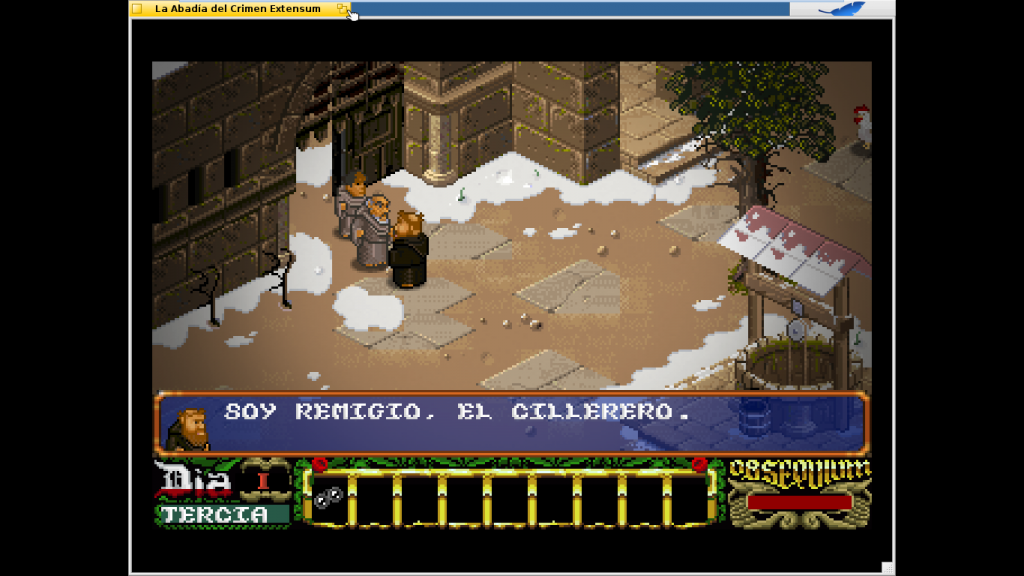 Space: See the next sentence in a conversation (only during cutscenes)

Down: Make Adso walk in the direction you are facing. 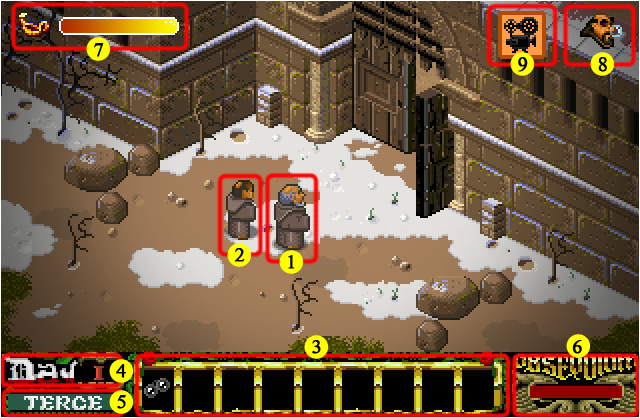 The elements on screen are the following:

Here’s a map of the abbey: 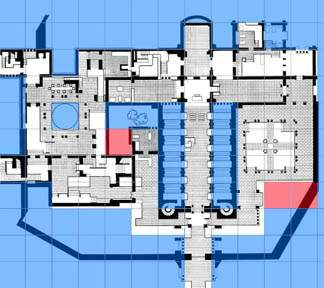 As you may know, there’s a film based on the book, which of course, follows the plot of the game. 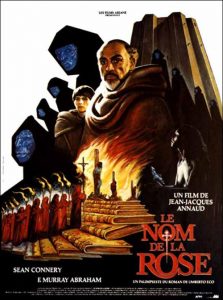 What’s different in The Abbey of Crime Extensum?

The Abbey of Crime Extensum is a remake, which changes some things like graphics (original graphics hadn’t too much colors and were ugly), camera improvements, AI of the abbot has changed and other things. These improvements have been well accepted by old and new players, as you can on its Steam page. The remake is available on Spanish and on English. 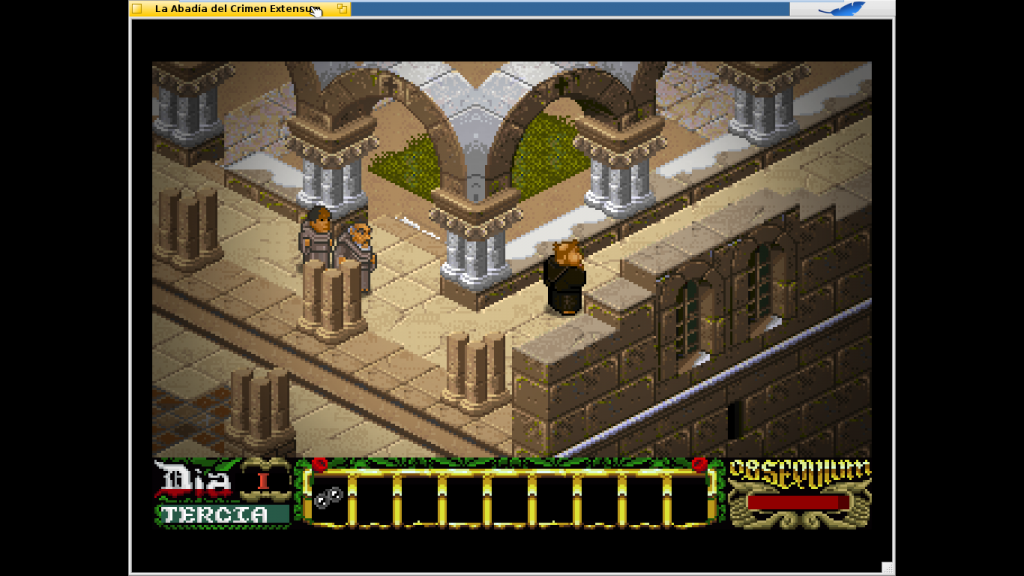 Install The Abbey of Crime Extensum on Haiku

The Abbey of Crime Extensum has been developed in Java. Haiku supports Java thanks to OpenJDK and hard work from Haiku developers. First you need to install OpenJDK. 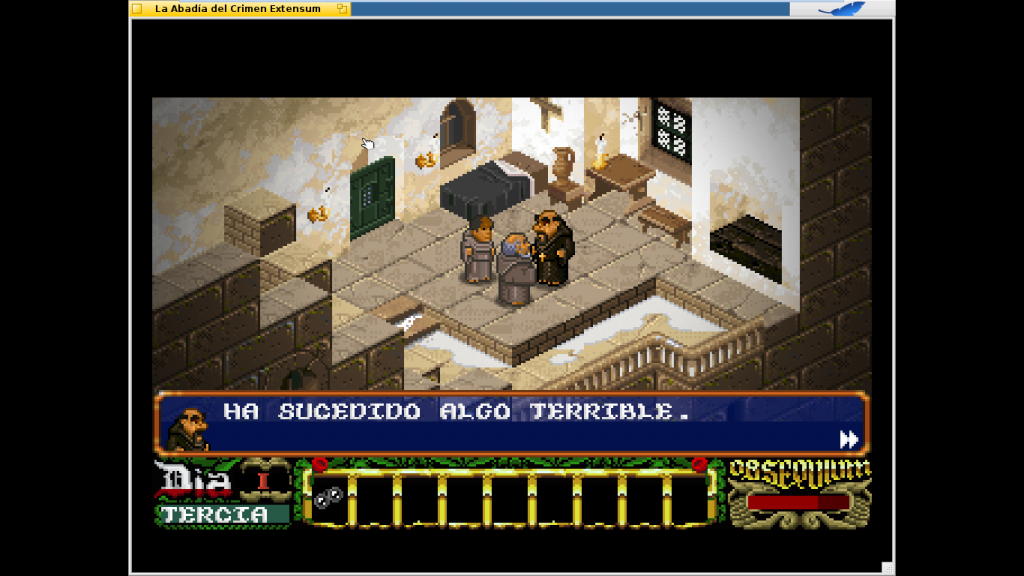 Now download the game from the official site. It’s a RAR file with a JAR inside. Download from here. Extract the JAR file. Open it. It might not work. In that case, execute the JAR file from the terminal.