Alien Blaster is an arcade action game. You must keep going while you’re destroying enemies’ spaceships. You have multiple weapons. 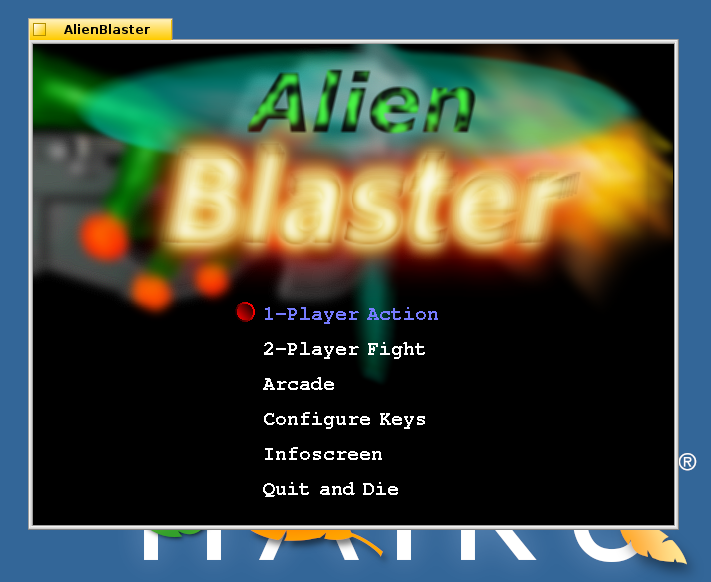 Use the arrow keys to move your spaceshi, CTRL key to fire, SHIFT key to change weapon. Select a special attack with Y and fire that attack with ALT. The games supports local multiplayer. Just bring a friend and choose their keys. 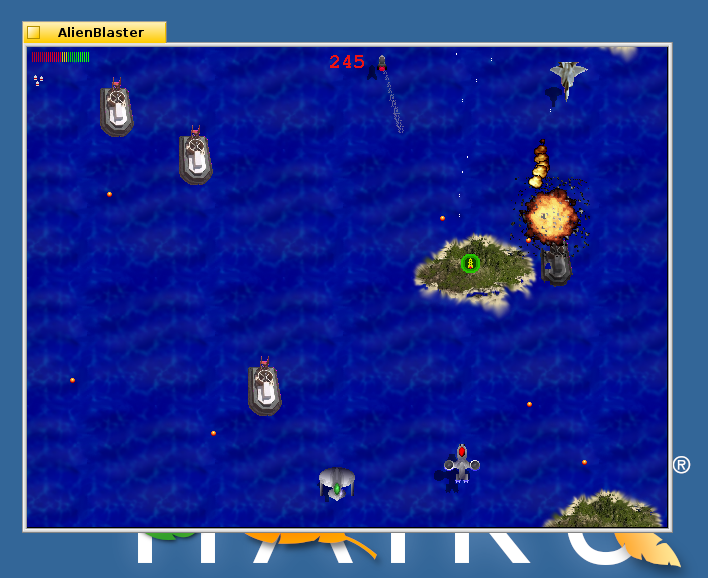 While you’re playing you can collect green circles. They’re health, weapons, and things that you might not want to miss.