SuperTux is a 2D platformer game, inspired by Super Mario. Here, the main character is Tux, Linux’s pet, instead of Mario. You have to move (arrow keys), jump (space bar) and fire (CTRL key) in order to get to end of the map. 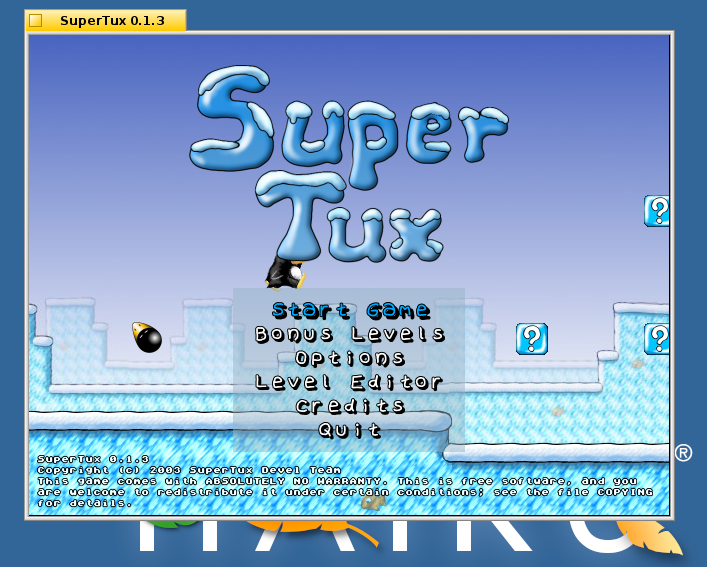 The gameplay is very simular to Nintendo’s Super Mario. There are “Question boxes” with coins and special items, like a snowball (to grow), keys or a flower, which enables you to fire using CTRL. 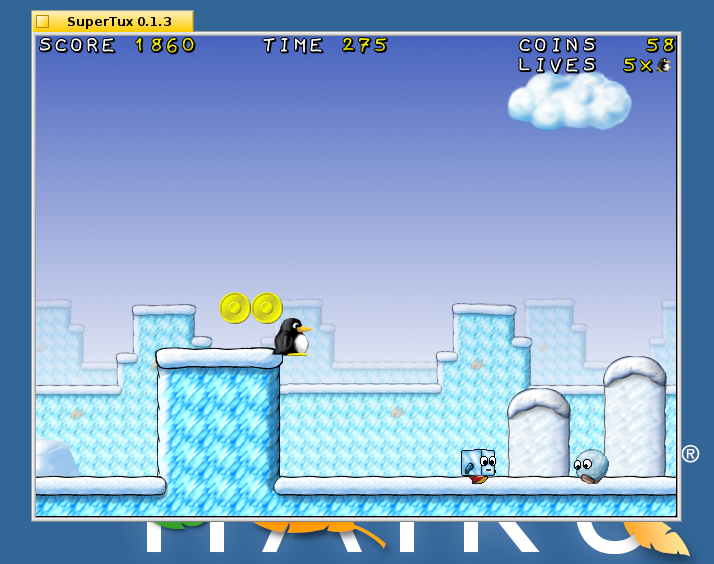 There are different types of enemies. All enemies can be destroyed if you jump on them, but some of them are tricky. Mr. Ice Block, for example, will only be disabled and if you touch him, it will slide. 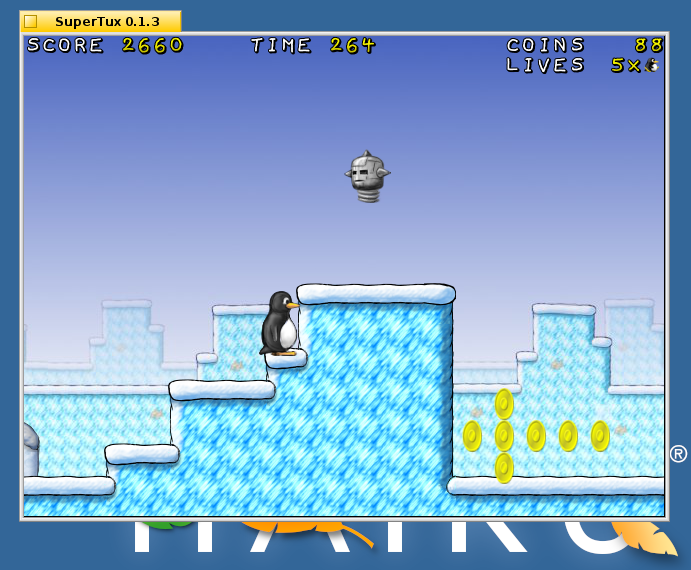 The games has a lot of maps. But if you think you’ll be bored after you have passed all the maps, then you’re wrong. SuperTux comes with a Level Editor. You can design your own maps using blocks and enemies from the game. Then you can play and share your maps. 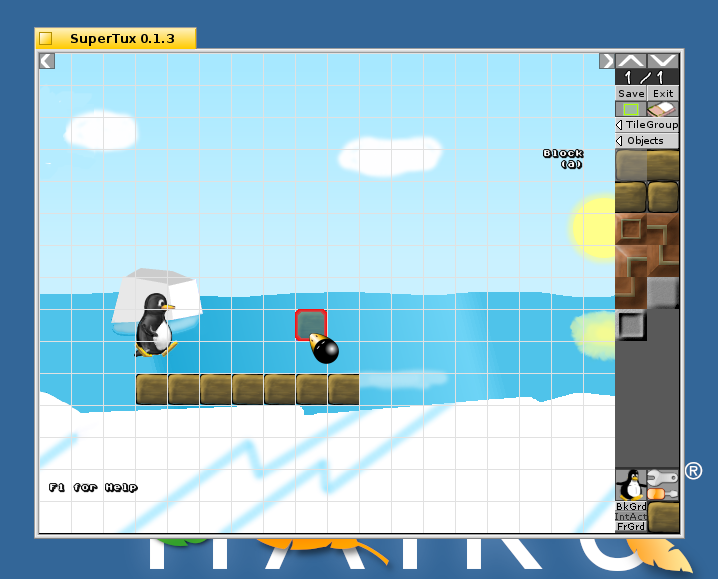 SuperTux is under the GNU GPLv2 license. It runs on Haiku thanks to the SDL libraries. It’s available on HaikuPorts official repo, but no binary packages are available yet.