LBarrage is an action game. Your objective is to destroy tanks. You are in a tower defense and you can’t move but you can launch your missiles and attack them. There are different types of tanks, each one with different properties of speed and score. 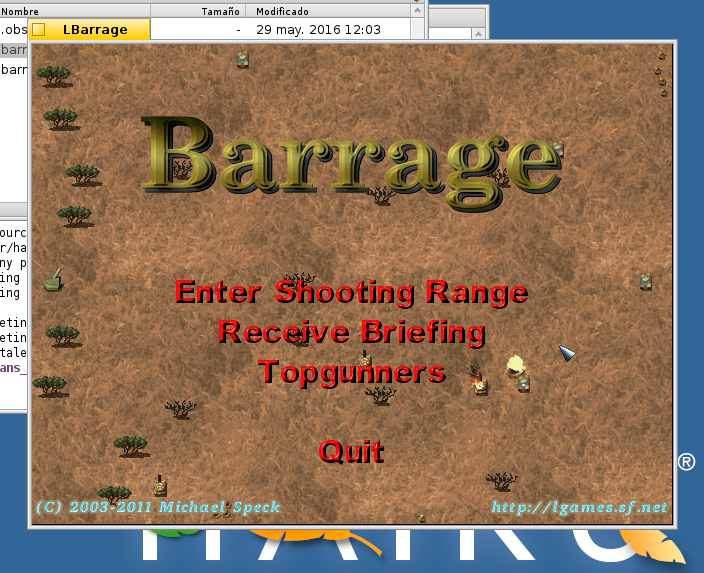 Left click to shoot and right click to recharge. This game is another one from LGames and Michael Speck. It’s under the GNU GPL v2 license. 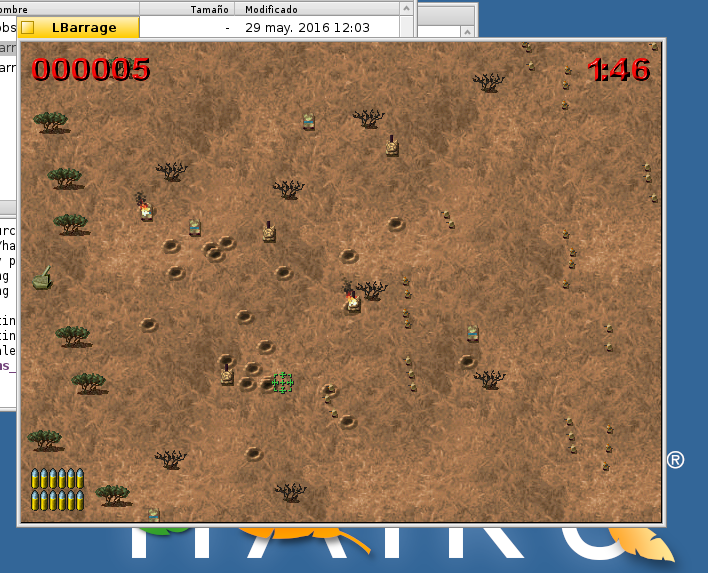 Clasqm repo has binary packages for LBarrage. If you don’t have clasqm repo installed, install it first:

Then install the game