BeLife is an implementation of Conway’s Game of Life. It is known as a zero-player game since the initial input determines the whole game. The game has an infinite grid with cells whit two possible states, dead or alive. 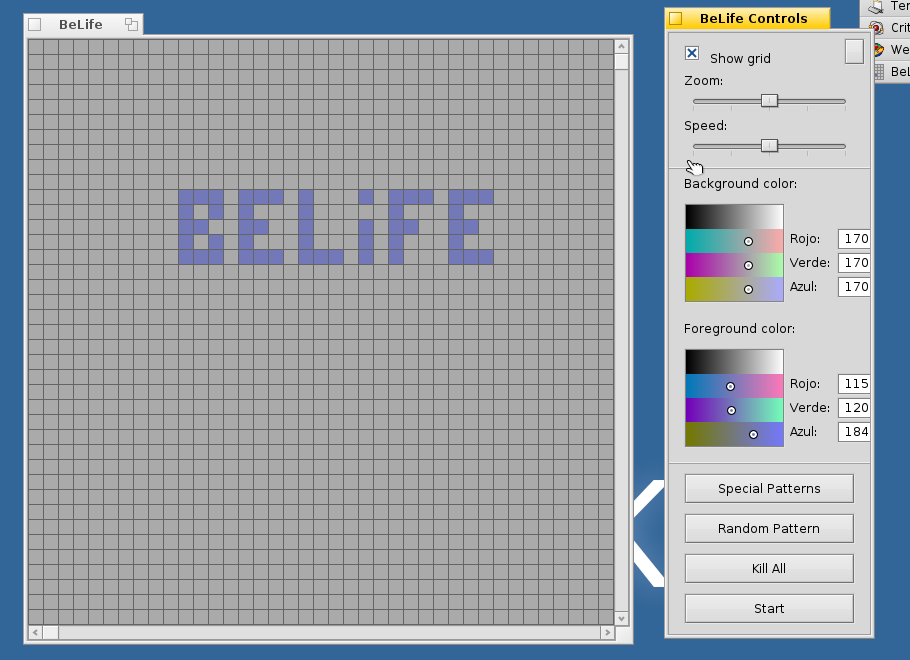 You specify at the beginning which cells are alive and which are dead. There are four rules then: 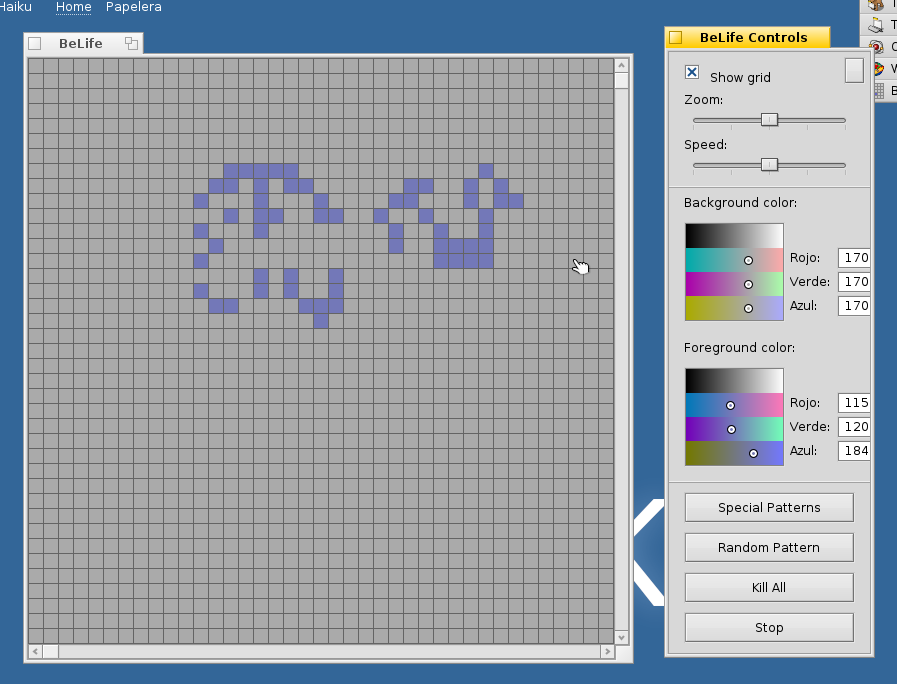 BeLife’s implementation has some interesting settings like zoom, speed and colors. It also has a collection of special patterns, which have some special effects. Of course you can draw your pattern, just clicking on the grid. If you want more patterns, Wikipedia has an interesting list here: https://en.wikipedia.org/wiki/Conway’s_Game_of_Life

BeLife was developed by Studio-33 and it’s available under the BeLife license. It’s available on HaikuPorts official repos.