LTris is a clone of the popular Russian game, Tetris. As you might know, the objetive is not to die. You die when the tiles exceed the screen top. The game gives you tetrominos which are pieces made of four tiles. You can’t choose which tetromino will give you the game but you can move it and rotate it 90º in order to make lines. Use the arrow keys. Lines are when a full line is made of tiles of tetrominos, no void space. When this happens, the line disappear and you put off the end of the game. 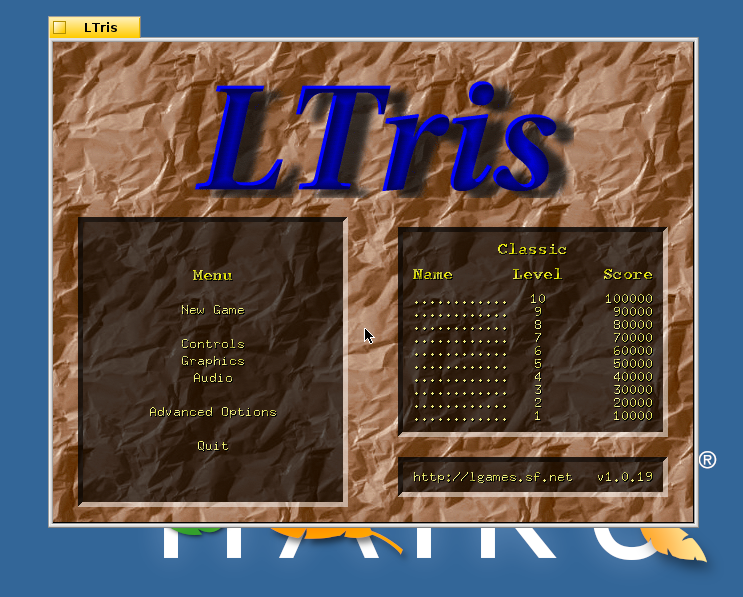 This clone was made by LGames, which makes clones of popular games in SDL. Originally programmed by Michael Spek, the game is under the GNU GPL v2. 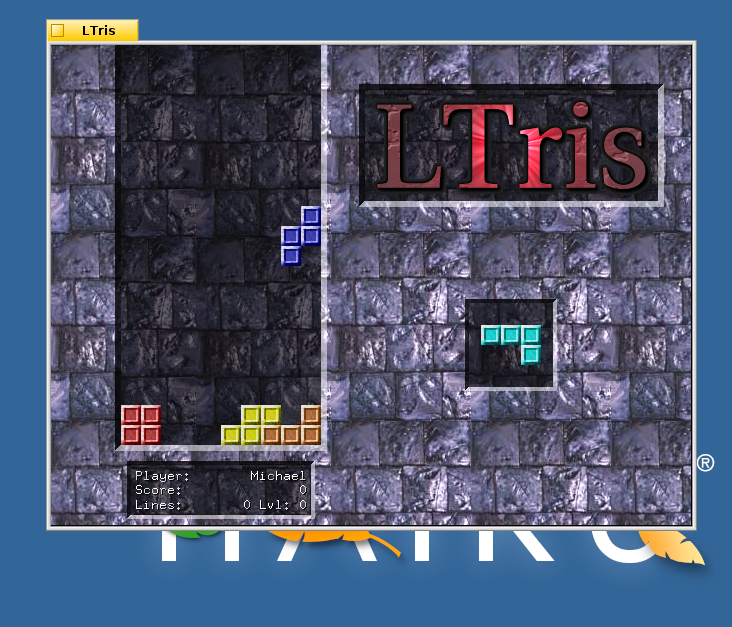