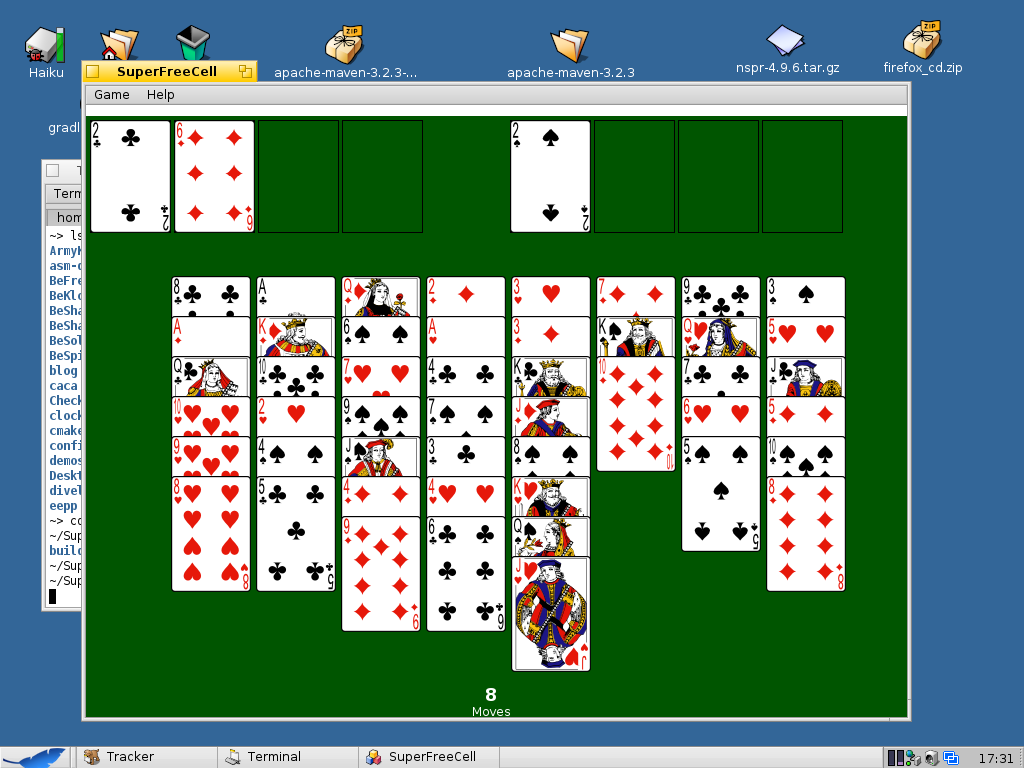 SuperFreeCell is a fantastic freecell game for Haiku. What can we say about freecell? Well, freecell has been a popular solitaire game because of its addition to different MS Windows versions since Windows 95. According to Wikipedia, the inventor of the game was Paul Alfille:

Paul Alfille changed Baker’s Game by making cards build according to alternate colors, thus creating FreeCell. He implemented the first computerised version of it in the TUTOR programming language for the PLATO educational computer system in 1978. Alfille was able to display easily recognizable graphical images of playing cards on the 512 × 512 monochrome display on the PLATO systems

The Haiku version of the game was created by Adrián Arroyo in a Google Code-In competition. It uses the same assets from BSpider. However, the game has a different code base and they aren’t merged yet (thus is planned). It’s under the MIT license and it’s functional although there aren’t so much options (there’s no hint button). Nevertheless, it doesn’t require any special library like SDL or Allegro, is built using Haiku native API.

The freecell rules are simple. 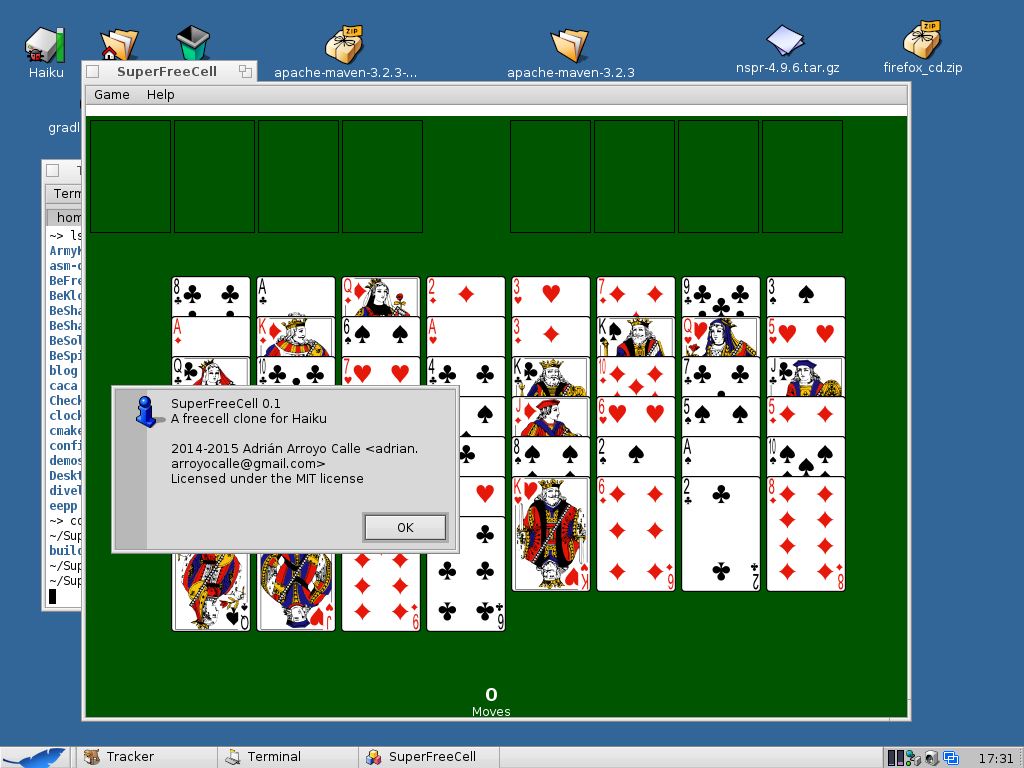 Or if you don’t have Haikuporter installed